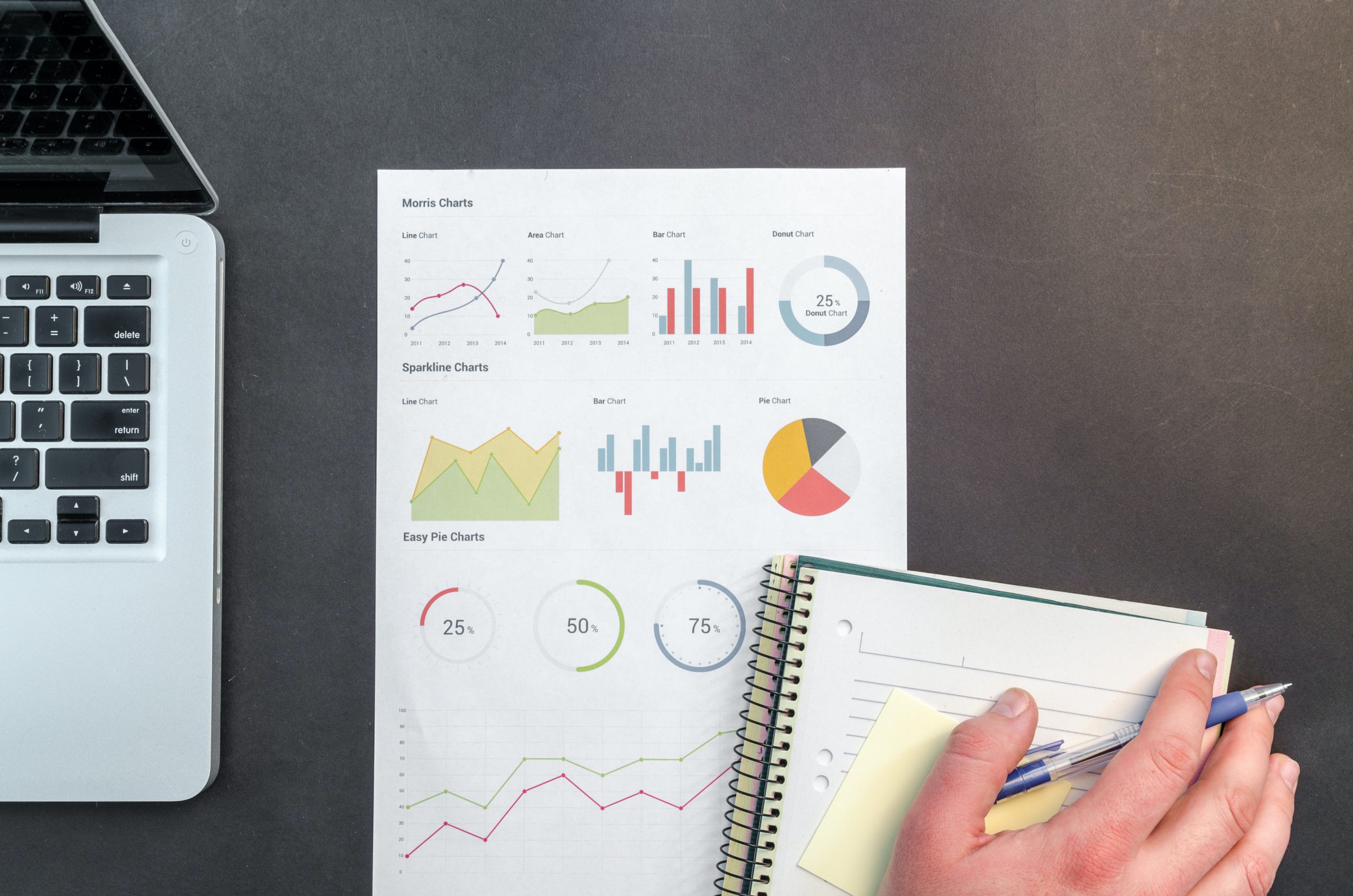 My wife (girlfriend at the time) and I were early adopters of the Roth IRA, opening our accounts in 1998. It was introduced as part of the Taxpayer Relief Act of 1997, and in the late 90s the contribution limit was $2,000 with a single-filer income limit of $95,000 for the full contribution, phased out after $110,000. If we had been married the limits started phasing at AGI of $150,000 and completely phased out at $160,000. At the time we were able to make full contributions and have done so for many years since then.

The big difference between a Roth IRA vs a Traditional IRA is that contributions are made with after-tax dollars, there is no up front deduction. However, withdrawals from the Roth are tax free! So, if someone has managed to save $1,000,000 in their Traditional IRA (or 401k), do they really have $1,000,000 to spend? No, because any withdrawals are subject to tax, as well as penalties if taken before age 59 1/2, although we will visit some exceptions in other articles to this as part of our plan to retire “early”.

In addition, there are other aspects that I found appealing. For example, we can take contributions out at any time with no tax (since it’s already been taxed) and no penalties, as long as the contribution has “aged” at least 5 years (Note: this comes into play when using the “Back Door”). We are in it for the long term, so no issues here. I think this is very powerful, because it lets us contribute to our retirement nest egg, but the funds are still accessible in case of an emergency. Having an adequate “emergency” fund of at least 3 months and preferably 6 months of expenses is a good theory, but it can be difficult in practice. We consider our Roth as part of our emergency fund, although taking the money out is generally not advised. That’s why it’s called an “emergency“! Now that our daughter is applying for college, we could tap some of the Roth IRAs for tuition, although the plan is to pay for it out of income, but we’ll see how it goes.

There are other benefits as well, such as no Required Minimum Distributions (RMDs) and the ability to pass the account on to heirs. Finally, the account itself will usually have access to more types of investments. We use Schwab, which is where my mother helped me open my Traditional IRA when I was in high school. Our Roths are brokerage accounts with the ability to buy most equities, as opposed to a 401k that may only have choices from a few mutual funds. My personal accounts are almost completely invested in individual stocks, although I have diversified as I approach retirement. My wife’s 401ks and Roth have mostly mutual funds, to help balance us out.

One argument against the Roth is that it does not make sense if you expect your retirement income to be less than your current income. Since you won’t be working, generally you expect your income to be lower in retirement. It takes after tax dollars, so it is more expensive than coming up with $6K to fund each year, you need to earn the contribution + the taxes.

We are planning to replace a high percentage of our current income in retirement, and will have multiple sources: Roth IRA, 401k, as well as taxable accounts. We have “tax” diversification, so we have some flexibility. The benefits and security of knowing that we have some of our nest egg available with no taxes in the Roth is worth it to us. Also, it is important to maintain a holistic approach and prioritize how we allocate our savings, such as maximizing our 401ks to minimize taxable income, generating passive income in taxable accounts, and also control expenses. It may not make sense to do a “Back Door” Roth contribution if you don’t contribute to your 401k. We are currently trying to max out our 401ks, max out our Roth IRAs (via the “Back Door“), and save in our taxable accounts. It is doable, but can be painful. My wife and I are better at saving than we are at controlling expenses, so we don’t fit that part of the FIRE model. 🙂

Another argument is that the US Government may change the tax code and go after tax revenue from Roth accounts in the future. Well, I hope not, but can’t rule it out. This would probably be phased in over time, and we would have to adjust as needed. Saving for retirement and achieving Financial Independence cannot be based on static plans, it will be fluid and guidelines change based on the World economy and the markets. For example, low interest rates of the past 12+ years have changed the calculus on paying down your mortgage, and may affect how much we should take out of our nest egg annually (the 4% rule) or how much should be targeted to stocks vs bonds. Another example, remember 2020 (and 2021 so far) and the Global Pandemic?

As our incomes grew, we eventually hit the limit on contributing to our Roth IRAs. The 2006 Tax Increase Prevention and Reconciliation Act included a change to eliminate the prohibition of Roth IRA conversions from a Traditional IRA, but it did not go into effect until 2010. I had heard about the possibility of a “Back Door” contribution with this change, but did not jump on this right away and skipped a few years of contributions. Also, our son was born in 2010 and had heart and liver complications, which required almost 6 months in the Neonatal Intensive Care Unit and liver surgery. He came home on oxygen and had a lot of medical needs and appointments, so my wife took an extended leave of absence. For a year or two, we were down to one income and at the time could not swing the Roth contributions anyway. Plus, we were pretty stressed out!

As my son’s health stabilized and my wife returned to work, I revisited the “Back Door” details. It was not clear whether it was exactly “legal” and there were some different opinions on how to implement it while minimizing the risk for an audit. One key item was how long of a “waiting period” was sufficient before making the final transfer to the actual Roth account (see steps below).

It was interesting that only certain people seemed to know about it, such as on blogs and online forums, but most people I talked to had never heard of it or considered it. I started doing conversions in my account then eventually both of our accounts once I was comfortable with the process and after no calls from the IRS! I usually waited a few weeks before the final step. Luckily as of 2018, Congress formally blessed the “Back Door” conversion from a traditional IRA to a Roth IRA and stated that no waiting period is required.

So what are the actual steps?

One very important caveat: You need to consider all your tax deferred IRAs (Traditional, SEP, and SIMPLE), and any cost basis in these must be accounted for on tax form 8606. They must be either rolled over to a 401k or converted to a Roth, which would be taxable and could be a substantial cost based on the value. It can get messy, but for us we did not have any other tax-deferred IRAs so it has been straightforward. Note: this is not tax advice, so definitely consult your tax professional or financial planner based on your own personal situation!

Over time, our Roth IRAs have provided decent returns and we are approaching $500K between the two accounts. We have been riding the bull market since 2008, with the fastest bear and return to bull market thrown in there within 2020. As we get ever closer to retirement, we keep adjusting the portfolio to focus on better capital preservation and income. 2020 provided some hairy times with gut wrenching lows that seemed pretty bleak, followed by euphoric highs. As our invested balance grows, daily fluctuations increase too, so we are also looking for assets that may be less volatile. Maybe it’s time to buy a vacation home and lock up some of that capital? 🙂

Subscribe to get email updates when we post new content and please discuss further in the comments below or let me know if you have any questions or other feedback.

$Retirement Nerd is in his late 40s and looking to retire in the next few years.

See all posts by $Retirement Nerd →